My research and teaching interests include international and comparative political economy, public opinion, the politics of technology, and labor politics. Specifically, my work seeks to understand the political consequences of two of the most important changes in the contemporary world economy — technological change and the rise of China.

My book project, based on my dissertation, explores mass attitudes toward job automation and globalization in the United States and China. One of its chapters was the winner of the 2018 Peace Science Society (International) Award. I have other published and ongoing research related to economic integration with China.

I have a MA in Political Science from Michigan and a BSSc (First Class Honors) in Government and Public Administration from the Chinese University of Hong Kong. I was a visiting student at the University of Pennsylvania, University of California–Berkeley, and Purdue University (environmental science and agricultural economics).

My CV can be found here.

Cover photo: Taken during a factory visit in southern China. 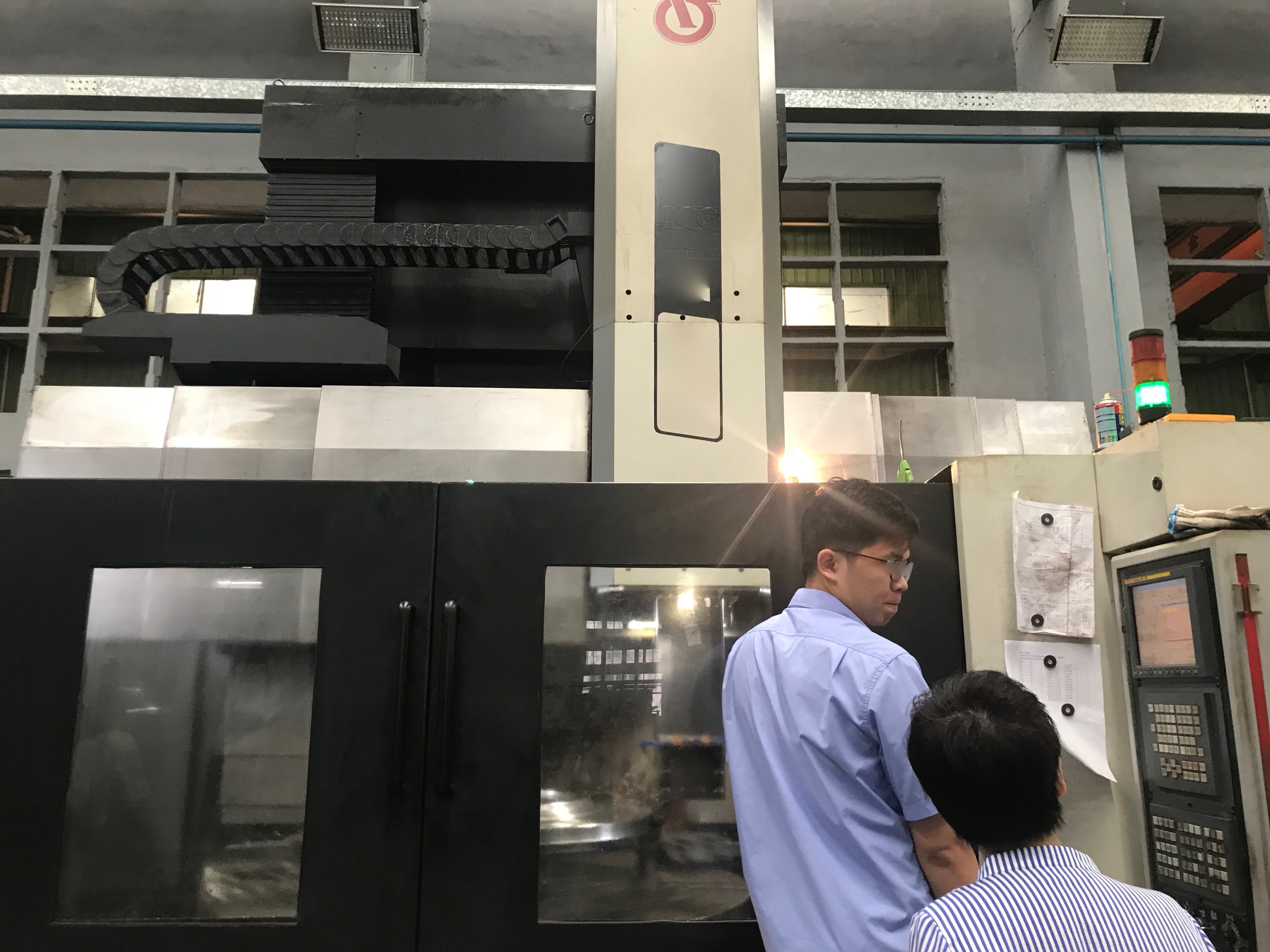 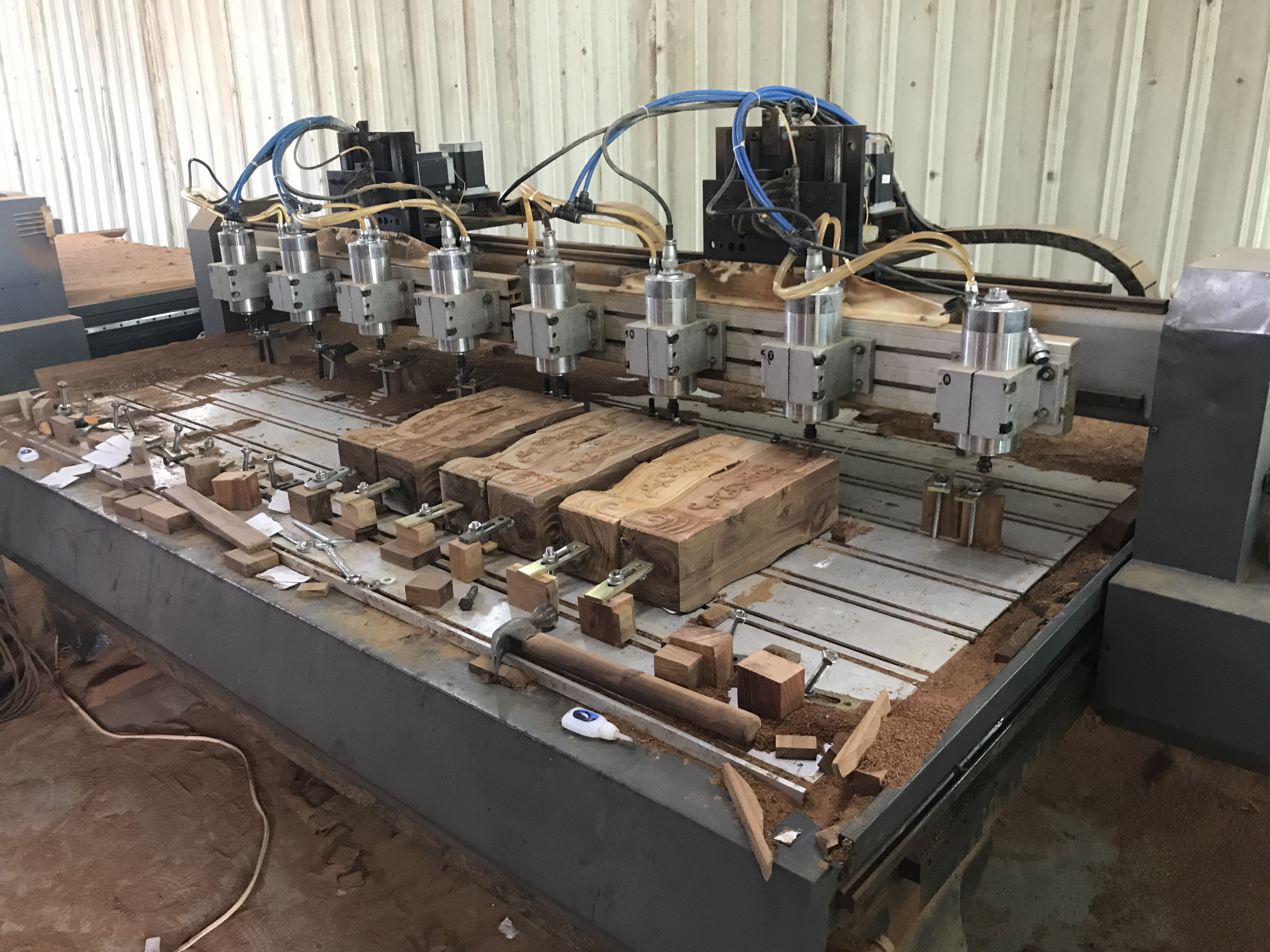 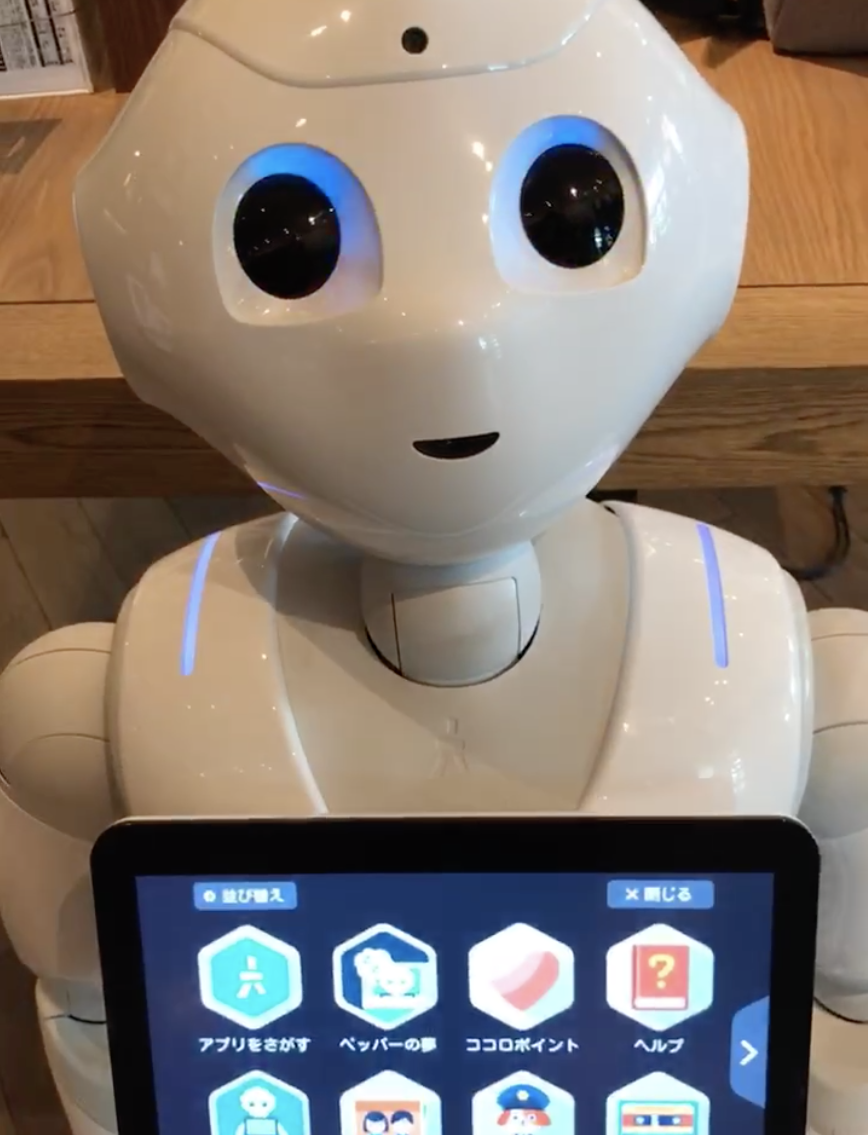 The Politics of Job Automation

Globalization and automation are transforming the international labor market. Although technological change has led to job polarization, rising inequality, and labor displacement, many overwhelmingly blame globalization — but not automation — for economic dislocations. Why do people point the finger at immigrants and workers abroad, but not robots? Which types of workers are more worried about automation, and why?

The first part of this project argues that the threat of automation has led to more hostile attitudes toward globalization. Drawing on a nationally representative survey and a survey experiment in the United States, I find that respondents experiencing higher anxiety due to automation are more likely to displace blame for harmful changes in the labor market toward outgroups and away from technology. Most people believe that technology enhances our lives, makes the world better off, and should develop unabated. Hesitant to halt innovation, individuals opt to buffer domestic workers from technological threats with substitute policies — immigration and trade restrictions — that they believe could improve national wages and employment prospects. With robots increasingly displacing labor, people want to stop outgroups — immigrants and foreign workers — from further dividing the pie. Thus, automation anxiety may have evoked individuals' protectionist instincts, intensified attempts to resist globalization, and contributed to the revival of radical politics.

But not all workers are equally anxious about automation. The second part of the project shows that institutions — existing labor arrangements — can lead to different levels of technological receptiveness for workers who face similar threats of automation. In China, the household registration system creates a stratified labor market that favors local workers and discriminates against non-local workers. Drawing on interviews, original surveys, and factory visits conducted in 19 cities in China, I find that local workers, who are better protected by local labor regulations, are more worried about job automation than non-local workers. The undesirability of non-local workers' circumstances make their jobs less painful to lose and easier to substitute, leading to lower technological anxiety. Ironically, the greater legal protection afforded to local workers makes them more expensive to hire, less competitive than non-local workers with the same skills, and more anxious about automation. Labor market institutions influence workers' expectations and the availability of exit options comparable to their status quo. These results imply that opposition toward technology is more likely to originate from workers in relatively privileged positions (e.g. union members) if they do not expect to be able to transition to comparable jobs after a layoff.

Overall, this work contributes to a deeper understanding of the politics of technological change and opposition to globalization. Research on the political effects of job automation will likely become more pertinent as policymakers, business leaders, and workers confront the challenges, opportunities, and dilemmas brought by the new wave of technological advancement. I have secured partial funding to replicate the study in Japan and Germany for this comparative book project.

One of the chapters, "Misattributed Blame? Attitudes Toward Globalization in the Age of Automation", was the winner of the Peace Science Society (International) Award at the 2018 Pacific International Politics Conference.

Abstract: In the mid-2000s, Beijing made a series of unilateral trade concessions with respect to agricultural trade with Taiwan. This move distressed the then incumbent party of the Republic of China, the Democratic Progressive Party (DPP), because Beijing’s offers might weaken the DPP’s rural support. This article offers the first empirical assessment of Beijing’s trade concessions. Using an original and highly disaggregate dataset at the township-product level, it examines what types of regions were more likely to be the beneficiary of the trade concessions, whether the concessions caused any production change, and the extent to which these changes undermined the DPP’s electoral support. It is found that while the benefit of tariff concession was not confined to pro-DPP regions, the townships that grew tariff-reduced products were no less likely to vote for the DPP. The result suggests a limit of Beijing’s economic enticement.
‍

Abstract: Many, especially low-skilled workers, blame globalization for their economic woes. Robots and machines, which rendered many routine jobs obsolete, are often viewed much more forgivingly. This paper argues that citizens have a tendency to misat- tribute blame for economic dislocations toward immigrants and workers abroad, while discounting the effects of technology. Using the 2016 American National Elections Studies (ANES), a nationally representative survey, I show that workers facing higher risks of automation feel less secure about their jobs. However, they are no more likely to oppose government spending to promote technology that might aid further automation. Instead, they are more likely to oppose free trade agreements and favor immigration restrictions, and hold somewhat more hostile views towards offshoring, even controlling for standard explanations for these attitudes. While pocket-book concerns do influence attitudes toward globalization, this work calls into question the standard assumption that individuals understand and can correctly identify the sources of their economic anxieties.
‍

"'Restrict Foreigners, Not Robots': Technological Displacement and Policy Preferences in the United States." Under Review.

Abstract: Recent scholarship on technological change highlights its negative impacts on employment and wages. However, nationally representative surveys show that, despite concerns over technological displacement, Americans hold favorable views toward technology and innovation. How then do people cope with employment threats from a trend they support? Using a survey experiment, this paper shows that people tend to divert their blame and opt to demand government actions against other perceived sources of threats ostensibly created by outsiders. Citizens cope with automation anxiety by penalizing groups they consider unwelcome or objectionable, depending on their partisanship. Specifically, cues about technological displacement make Republicans more likely to demand tighter restrictions on immigration and Democrats more likely to support higher tariffs. The same cue slightly dampens enthusiasm for technology, but participants remained reluctant to express support for technological restrictions. Automation may intensify attempts to resist globalization.
‍

Abstract: Discussions on the future of work emphasize the negative effects of labor- replacing technology on employment and wages. However, original surveys and field research show that Chinese manufacturing workers consider themselves ben- eficiaries of technological upgrading. This paper presents quantitative and qualitative evidence from two original surveys of over 2,400 workers and 600 companies in the manufacturing sector, interviews of firm managers and workers from 76 companies, and 34 factory visits in 19 cities. It finds that insofar as laborers experience automation anxiety, local workers are more likely than internal migrant workers to worry about technological displacement and are more pessimistic about their prospects of securing comparable employment after displacement. Migrant workers face systematic labor market discrimination; the availability of exit options comparable to their status quo contributes to their lower anxiety about automation compared to locals.
‍

Abstract: "The China Shock," the massive impact of increased integration with China after its accession to the World Trade Organization in 2001, is often portrayed as an example of economic globalization. We posit, however, that reactions to the China Shock are unique in size and scope, and should not be used as a proxy for generic globalization. We take a broader conceptualization, viewing the impact as "China's Rise” and examine public attitudes toward China's economic integration into a global order that is still dominated by the United States. Treating the China Shock as a proxy for generic globalization may overstate the public’s dissatisfaction with globalization and trade in general and understate or even mask other concerns about economic integration with China specifically, such as China’s political system, its poor human rights regime and lax enforcement of labor and environmental standards, or its broader national security challenge to the United States. We conduct in-depth interviews with autoworkers and population-based survey experiments in the United States, Japan, South Korea, and Germany to examine public opinion on China's rise.

Abstract: There is a widespread belief among citizens that firms reduce economic and employment opportunities at home when they invest abroad. Politicians, as a move to gain popularity, often promise to bring or keep production home. Chinese leaders, on the other hand, pride themselves on their “go global” (zou chuqu) policy that encourages and even provides financial assistance to domestic firms to invest overseas. Why does the Chinese government advertise and celebrate a phenomenon that leaders of other governments so readily distance themselves from? I argue that framing changes popular perceptions of outward direct investment. In a tightly controlled media environment, Beijingcan monopolize and direct the understanding of outward direct investment by eliminating rival frames that nor-mally exist in democracies and competitive authoritarian regimes. Using a survey experiment in China, I identify the distinct effects of different frames (nationalistic (ODI as foreign aid, ODI as a signal of national greatness) and economic frames (securing resources, acquiring management know-how and technology, offshoring jobs)) on individual’s perception of ODI.
‍

Abstract: A recent line of survey experiments on the framing of trade policies assumes that individuals, when presented with materials about trade, will read and process the information. But in reality, trade issues rarely captures the attention of citizens. What, then, motivates individuals to learn about trade policies in the first place? What propels citizens to take political actions on trade issues? Using an online field experiment in Taiwan, I seek to show that anger, and anxiety in particular, are powerful motivations for trade-related political engagement — operationalized as visiting political websites and signing petitions. These negative sentiments are evoked by the use of anti-trade frames that intentionally amplify economic insecurity and external political threat.
‍

In collaboration with a team of Chinese researchers, we visited factories and conducted interviews of firm managers and workers from 76 companies in 19 cities. 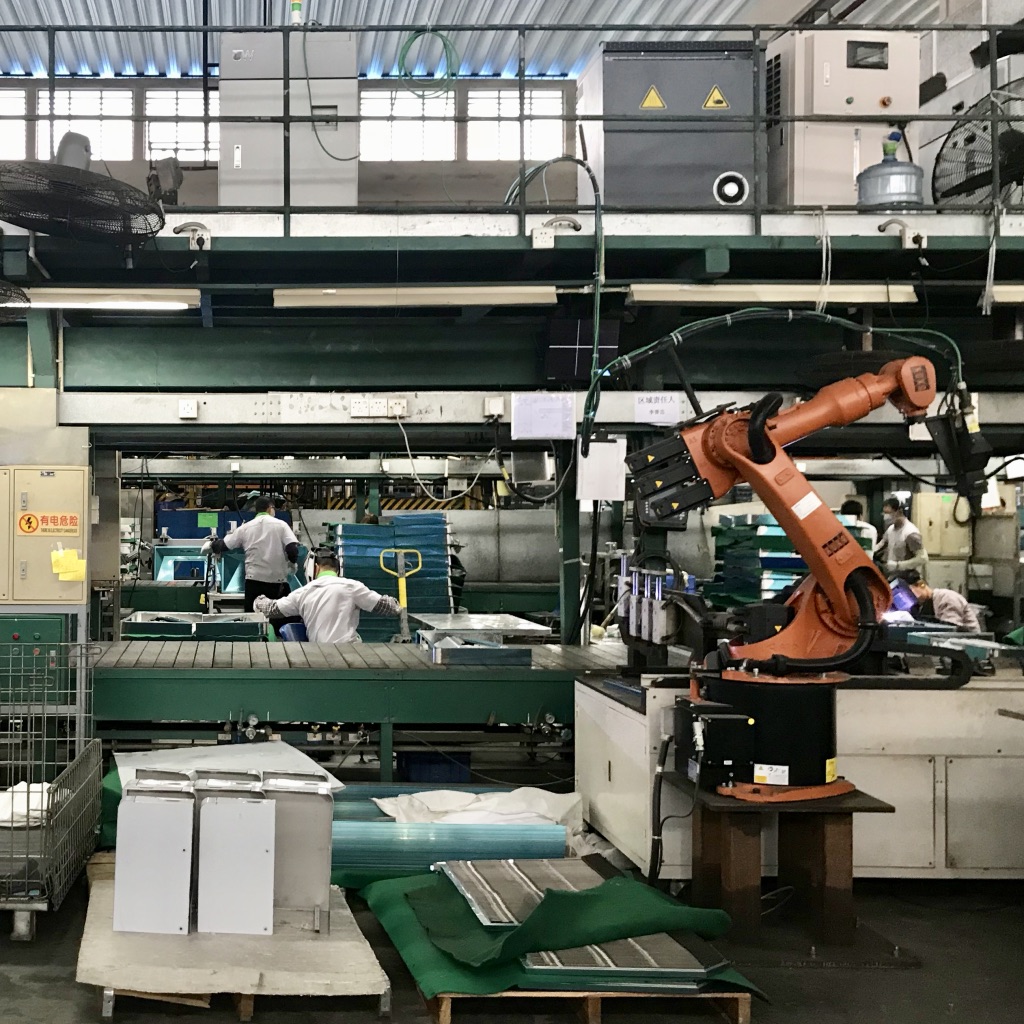 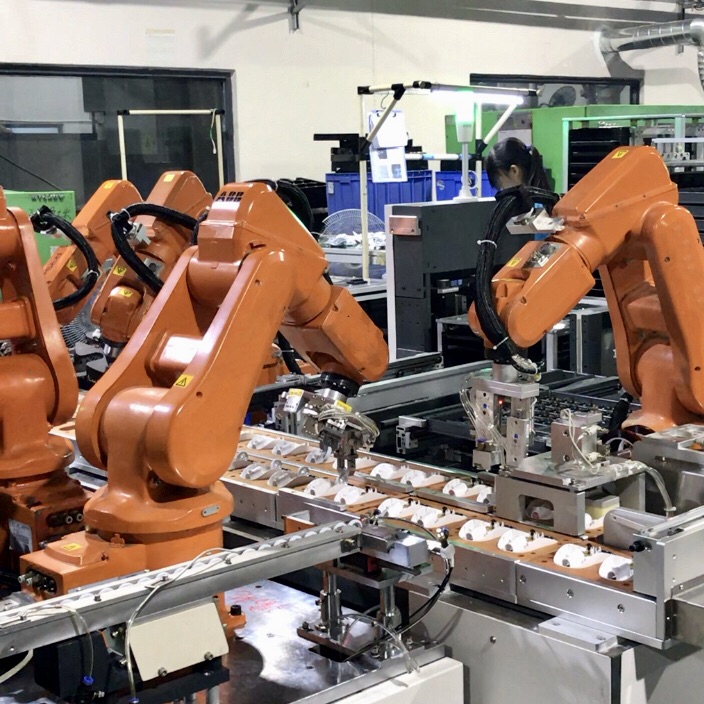 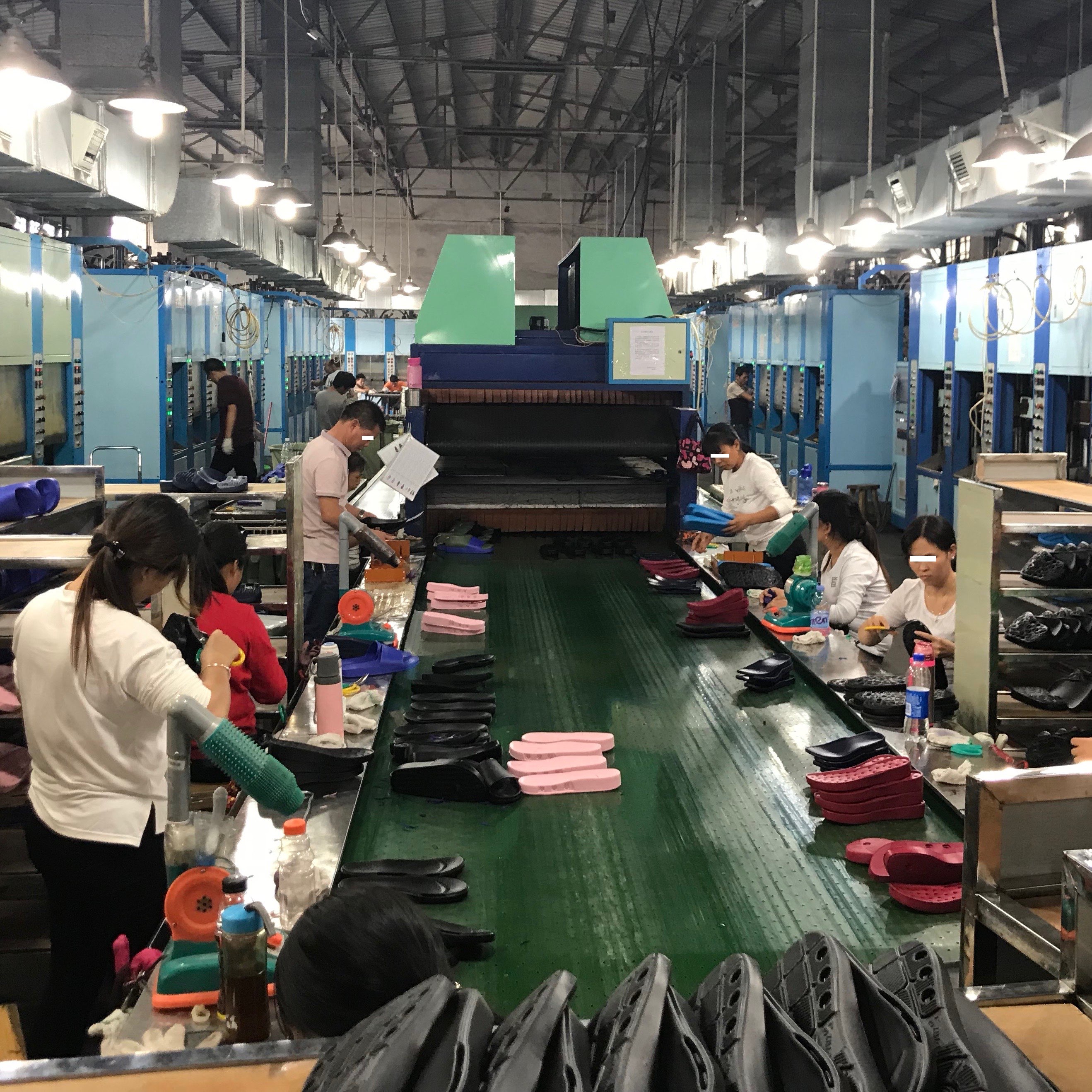 The robotic arm (front) and the worker (back) are performing the same task.
The new face of Chinese manufacturing: firms automate because it is difficult to recruit & retain workers.
Some work procedures remain labor-intensive.

I taught classes in comparative politics, international relations, and research methods. I received teaching awards in all three subfields. A summary of teaching evaluations can be found here. 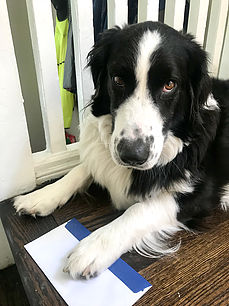